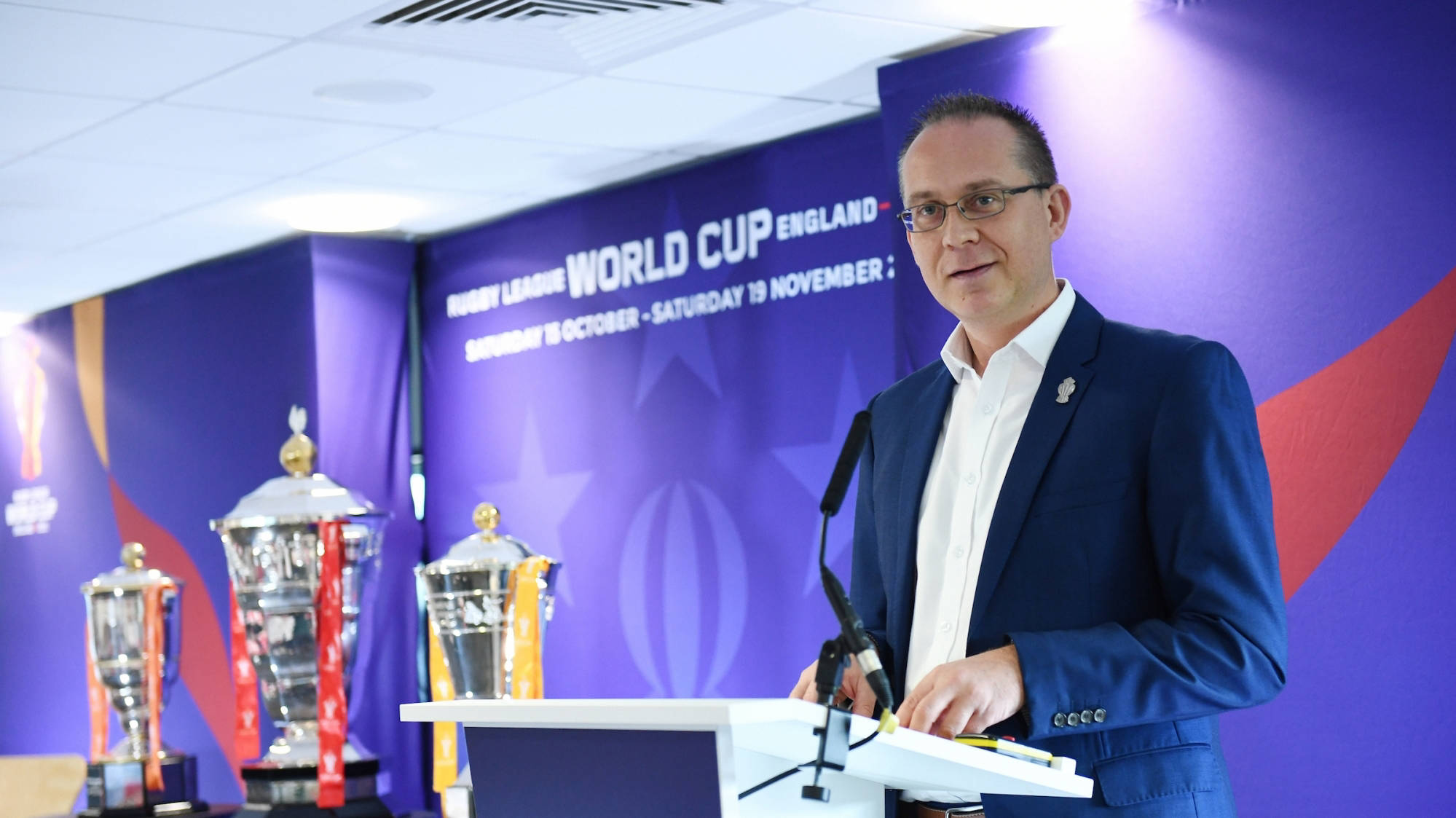 Rugby League World Cup 2021 will host a Fans Forum on Wednesday 21 September, which will be an opportunity for supporters to hear more about the tournament as preparations reach their final stage.

RLWC2021 Chief Executive Jon Dutton will be in attendance, offering fans a unique insight and answering any questions they have ahead of the tournament beginning, as the countdown to Englandâ€™s men kicking off the first of 61 games at St Jamesâ€™ Park against Samoa gathers pace.

The evening will be hosted by BBC Sportâ€™s Rugby League correspondent Dave Woods, and Dutton will also be joined by outgoing RFL Chief Executive Ralph Rimmer, St Helens legend and two-time Man of Steel winner Paul Sculthorpe, and England womenâ€™s star Jodie Cunningham, who will be in the final stages of her preparations for Englandâ€™s tilt at winning the World Cup for the first time in history.

The eveningâ€™s proceedings will kick off at 7pm and fans can join online via the â€˜Our Leagueâ€™ app, which is available from the Apple store, Google Play or Our League APK for android devices.