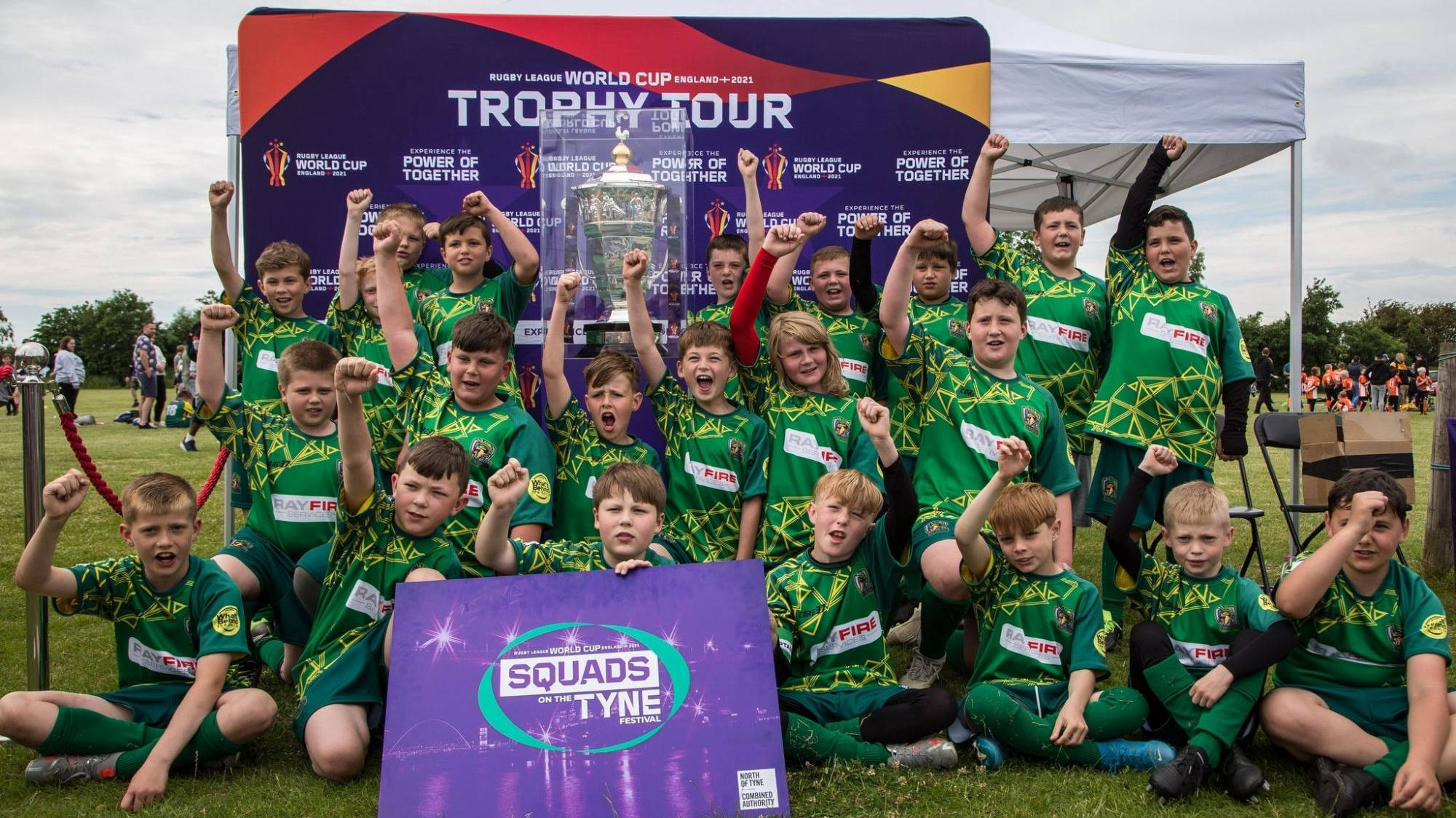 Rugby League World Cup 2021 is delighted to announce that over 100 teams have now entered the Squads on the Tyne festival, which will be a key part of the tournamentâ€™s opening weekend, with space still available for more teams to enter.

The festival will kick off on Friday 14 October, with teams from the regionâ€™s primary and secondary schools in action, along with masters rugby league teams from across the country. The community event has been made possible with funding from the North of Tyne Combined Authorityâ€™s Tourism & Events Programme

Saturday will see junior clubs and tough rugby in action, before Rugby League World Cup 2021 kicks off with England and Samoa opening the menâ€™s competition at St James Park.

The festival will conclude on the Sunday, as the junior girlâ€™s teams take to the field at Kingston Park before Scotland Men taking on Italy in the afternoon.

â€œThe festival will be a wonderful celebration of rugby league and form a key part of an incredible opening weekend of the tournament. Rugby league truly is a sport for everyone and to have this festival happening on the same weekend that two of the opening tournament fixtures are in the region

â€œThere is still time for teams to register to take part and play on the same pitch that will be played on by some of the best players in the world during the tournament. I encourage anyone who is interested in taking part to register their interest now and be part of the biggest, best and most inclusive World Cup in the tournamentâ€™s 127 year history.

â€œOur thanks go to North of Tyne Combined Authority for their support of the festival and to the Newcastle Rugby Foundation for organising what will be a huge, inclusive and very enjoyable event for well over 100 teams from across the UK.â€

â€œEntries are increasing on a daily basis as schools return and junior rugby league clubs start to wind down their season. All can enjoy a weekend in Newcastle playing rugby league before going on to watch the best in the world, at two great venues, in our wonderful city.

â€œThere is still plenty of time for teams to enter. Involvement is free and the festival will showcase the truly inclusive nature of rugby league with physical disability rugby league, mixed sex touch rugby, Masters RL (Over 35s) and boys and girlâ€™s categories.â€

Registration for the Squads on the Tyne festival is free. For more information, visit https://www.rlwc2021.com/squad...