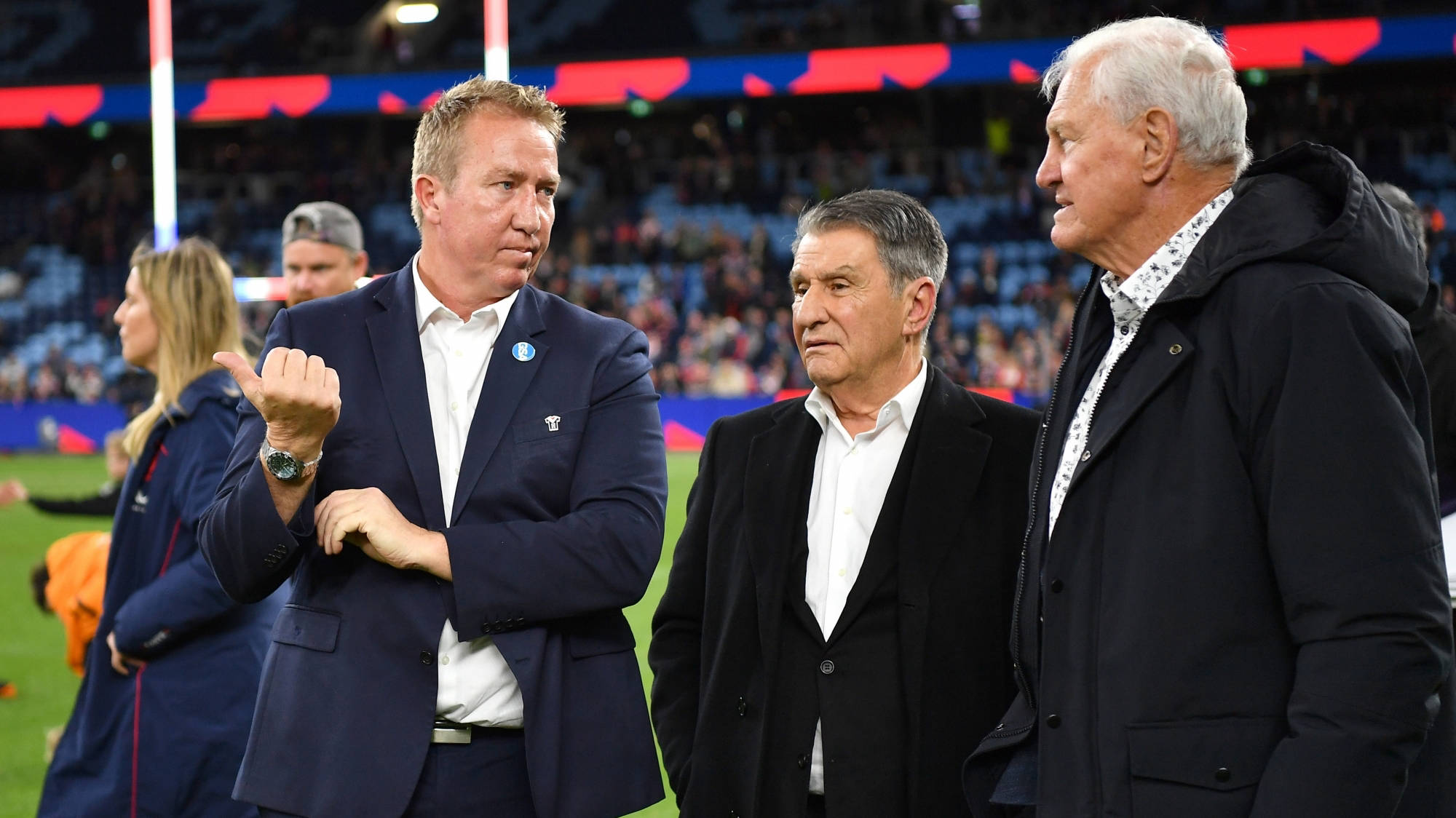 WHEN France coaching director Trent Robinson looks across at his opposition during the anthems at Doncasterâ€™s Eco Power Stadium on the evening of Monday, October 17, he will be struck by a rather unusual situation.

Namely: they will be sponsored by his boss.

Now this wonâ€™t be apparent to casual fans in the 24-year-old venue; theyâ€™ll have to know where to look.  But Les Chanticleersâ€™ first opponents in the menâ€™s World Cup will be debutants Greece. And on Greece's chests will be the word â€˜Kytheraâ€™ - the island where sponsor Nick Politis was born.

Sydney businessman Politis is the chairman and long-term benefactor of NRL side the Roosters. And Robinson is the Roostersâ€™ coach.

â€œOur coach Steve Georgallis has had a close relationship with Nick Politis from when he played for the Roosters in the late 1980s and early 1990s,â€ explains Greece team manager Terry Liberopoulos.

"It was this friendship that saw Politis come on board as the main sponsor of the Greek national team.

"Even though Politis could have used many of his businesses to be the name on the jersey, he wanted the Greek island to be placed on the front.

â€œPolitis was born in Kythera and wants to help promote more tourists to go and visit the beautiful island.â€

Itâ€™s just another engaging yarn from the campaign of a country where rugby league was only legalised three months ago. Players who kept the location of games secret and kicked off after midnight are being richly rewarded for their tenacity and loyalty.

â€œWe decided we would include eight players from the Greek domestic comp," said Liberopoulos. "Theyâ€™re doing such a great job in Greece. We didnâ€™t want to just take 25 heritage players. We wanted to take players, develop them, be part of the squad, play games and they can take that back to their clubs in Greece, to the training sessions and they can build on that.â€

South Sydney pair Lachlan Ilias and Peter Mamouzelos are the spearheads of Georgallisâ€™ squad, with former Warrington import Billy Magnolias and ex-Junior Kiwis half Jordan Meads the other key players.

â€œEngland and Samoa are both great sides and theyâ€™re going to have a lot of talent,â€ Mamouzelos told the Ouzo Talk podcast.

â€œBut just to be there and experience the World Cup, obviously itâ€™s our first World Cup, so itâ€™s going to be a great experience. Weâ€™re going to have to step up a level so I think all the boys with thrive from that - especially once they get to the stadium and they get a feel for the crowd and stuff like that.

All the boys will be excited.

â€œThe boys from over there (in Greece), when they play the national anthem and you see them crying, you donâ€™t want to let them down.â€

Greece will play England, Samoa and France at RLWC2021 â€“ get your tickets today at tickets.rlwc2021.com