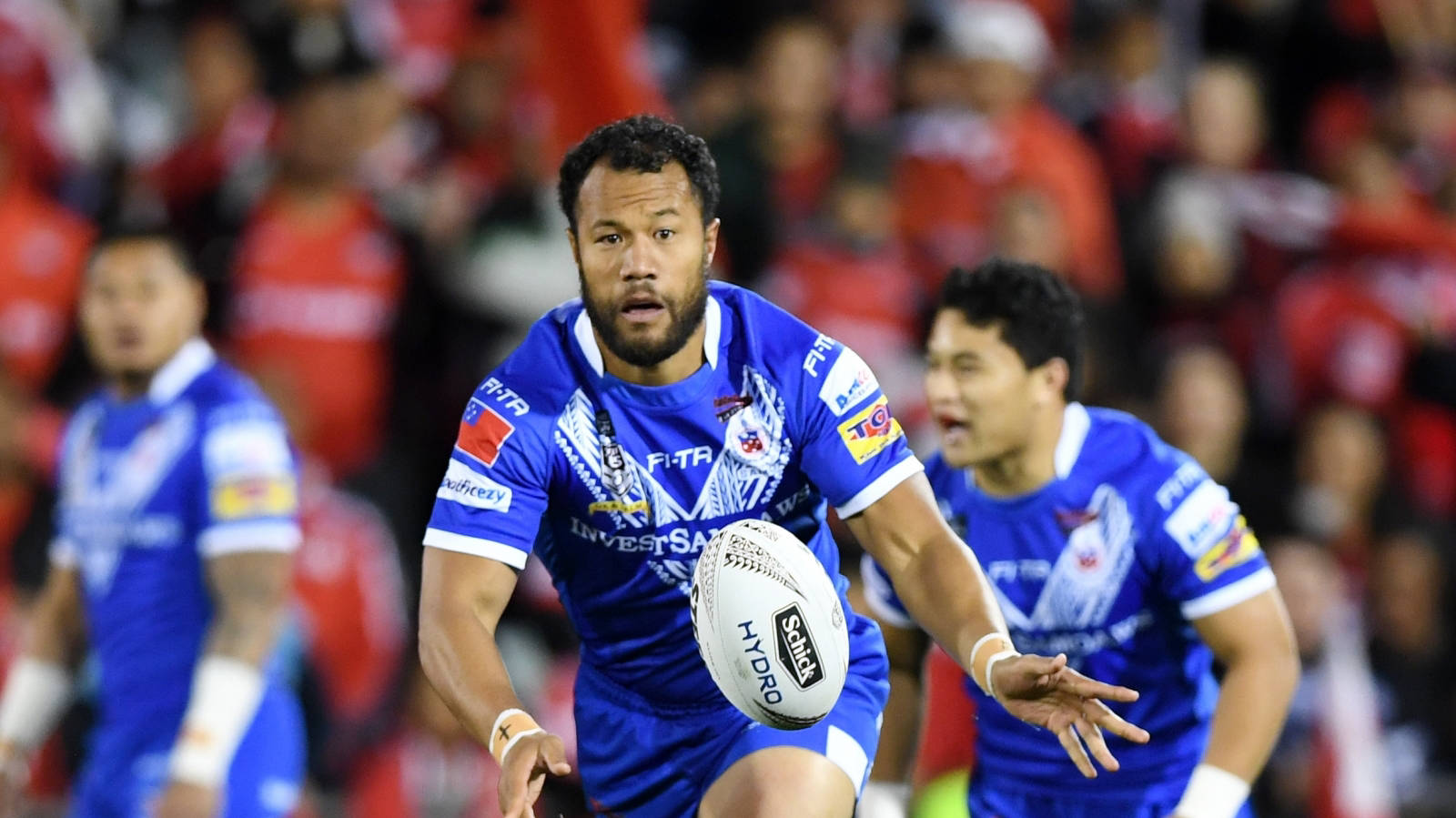 THE impromptu Siva Tau from team-mates and opponents at full-time gave it away - and one of the pioneers of modern World Cup devotion to family and heritage confirmed soon afterwards he had played his last game.

But Joseph Paulo predicts weâ€™ll be seeing a lot more of the Samoaâ€™s ceremonial war cry - particularly in victory - later this year.

Long before Jason Taumalolo and Jarome Luai, Paulo decided to throw his lot in with Samoa when he was just 19, a Junior Kiwis and Australian Schoolboys star on the rise in the sportâ€™s traditional international scene.

His choices were questioned but â€˜Sefaâ€™ went on to be a true warrior of the World Cup, playing in the 2008, 2013 and 2017 tournaments - 10 games in all for Samoa and the United States along with four qualifiers played from Yorkshire to New Jersey.

He exclusively confirmed to RLWC2021.com Toulouseâ€™s 36-16 loss to St Helens at Totally Wicked Stadium on Saturday would be his last match, at the age of 34 (â€œI just thought â€˜Iâ€™m sick of walking around thinking Iâ€™m going to pull my hammyâ€™. I canâ€™t even train anymore).

There for the start go Samoaâ€™s rise, he predicts the seeds he helped plant are about to flower.

Back when qualifiers for the 2008 tournament were being played in England, players just didnâ€™t turn down the chance to represent tier one countries. Money, prestige and the gulf in facilities and resources dictated it.

But Paulo went against the grain. â€œTwo thousand and seven was special,â€ he recalled. â€œIâ€™d just played for the Junior Kiwis and then I got the call to come play for Samoa with some of my heroes, in England.

â€œWe had Nigel Vagana, Tony Puletua … Francis Meli and those lads. That was pretty much the pioneers.

â€œIn 2013, I played for America and we just had a bit of fun and we made the quarters! We went a lot further than we thought. That was special. First trial game we flew to Barcelona, caught a bus and played France the next day. We didnâ€™t even know each othersâ€™ names but we still managed to get a victory.

â€œThe boys that we had, Clint Newton and Eddy Pettybourne, Bureta (Faraimo) …. Not many NRL players but we just had a good time and we gave it a good crack.

Paulo - who qualified for the Tomahawks via American Samoan heritage - says players are getting stronger and hits are getting harder; he hopes health and welfare will be at the forefront of administrators thoughts in the years and decades ahead.

But as he boarded the Toulouse Olympique bus on Saturday night, he said he had no regrets about taking the road less travelled in his international career and paving the way for so many others.

And if itâ€™s not a Samoa-Tonga final at Old Trafford on October 19?

â€œAside from that, I think New Zealand has got a good team. I hope Joey Manuâ€™s alright. Thatâ€™s important for them.

And Sefa will always be one of the Rugby League World Cupâ€™s favourites.

Rugby League World Cup 2021 delivers on its promise to be biggest, best and most inclusive in rugby league history