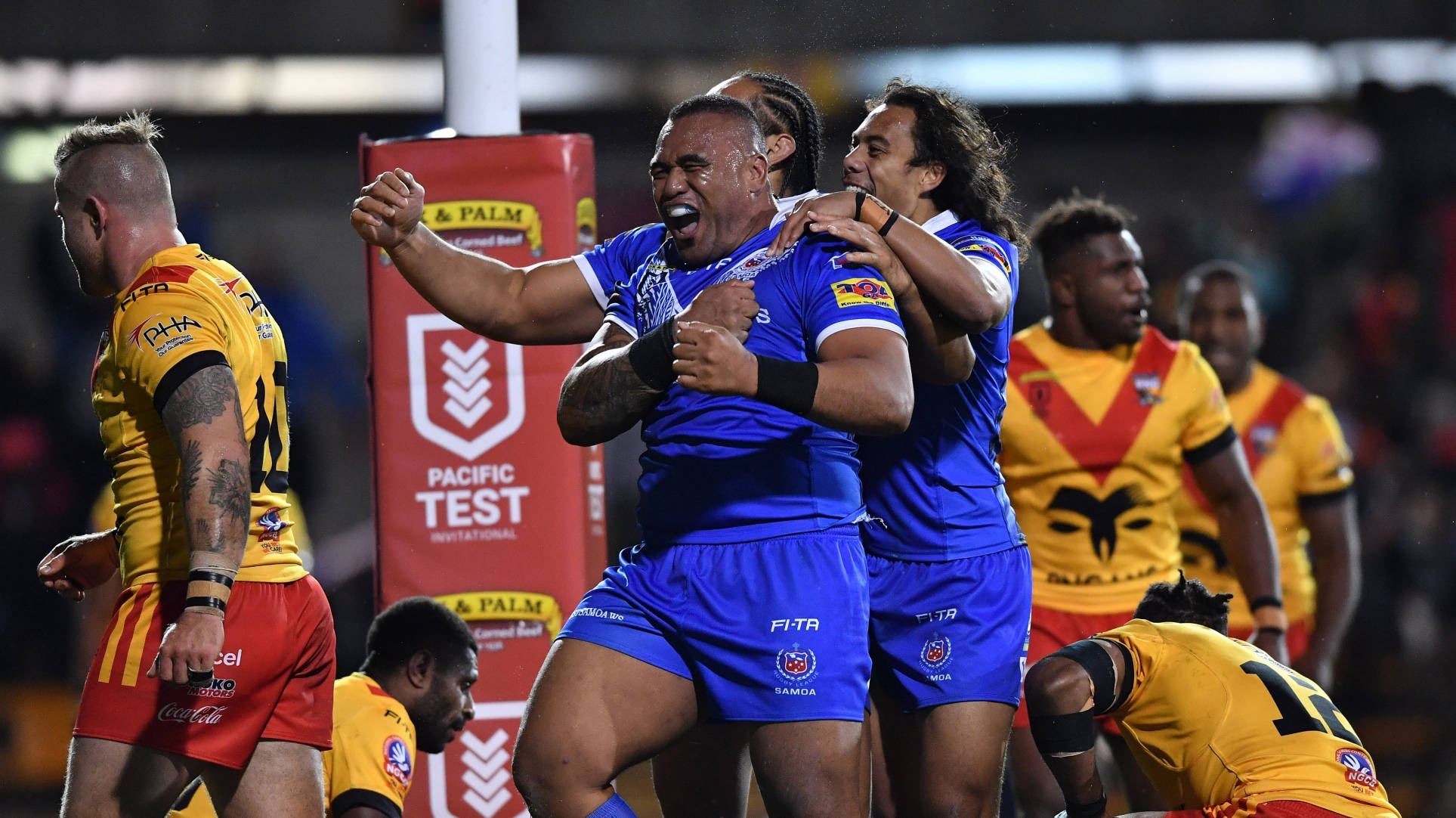 Just a week after Canberra Raiders and Queensland prop Josh Papaliâ€™i revealed that more big name NRL players were set to join the Samoan revolution, his NSW State of Origin counterpart confirmed that he would also represent his heritage at the World Cup.

Paulo has played nine Tests for Samoa and was a member of Matt Parishâ€™s 2017 World Cup squad, alongside Papaliâ€™i and NSW five-eighth Jarome Luai.

The star five-eighth will be among up to eight members of last yearâ€™s Penrith Panthers premiership winning squad to represent the Pacific nation in England.

Panthers and Blues winger Brian Toâ€™o has also pledged his allegiance to Samoa, despite being an almost certain selection for Australia if available, along with Paulo, who represented the Junior Kangaroos in 2013.

â€œIt has been a tough one,â€ Paulo told the Nine Network. â€œI have been torn between the two [Australia and Samoa].

â€œGus Gould really hit the nail on the head when he said, â€˜what nation do you cry for when you sing the anthemâ€™. It plays a big part for me, and for me that is being proud of my home and that is Samoa.â€

Paulo, who has played nine Origins for NSW, said he wanted to honour his grandparents in Samoa, while inspiring the next generation of players for the island nation.

â€œIâ€™ve got my two grandmothers who are both overseas and while they are still alive, I want to be able to make them proud,â€ he said.

Samoa play England in the opening match of the tournament at Newcastleâ€™s St James Park on October 15 and with the likes of Luai, Toâ€™o, Anthony Milford and David Nofoaluma in a star studded backline, there is growing confidence that Parishâ€™s team can spring an upset.

Samoa play England, France and Greece in Group A at RLWC2021 â€“ be there to see the world's best by getting your ticket from rlwc2021.com/tickets