RLWC2021 to bring the sound of samba to Leeds

Today marks 200 days to go until the start of the RLWC2021 womenâ€™s tournament. 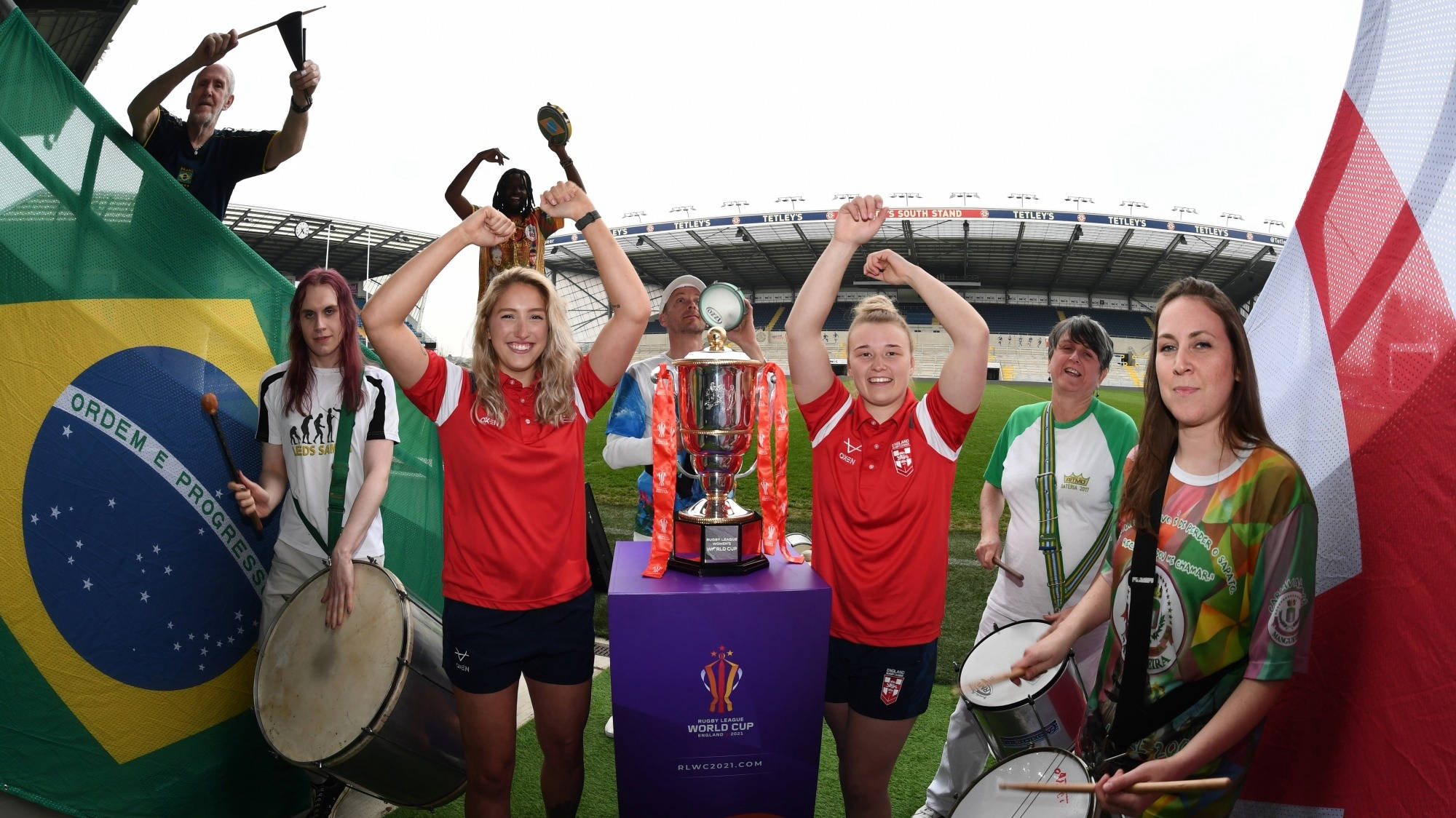 RLWC2021 to bring the sound of samba to Leeds

Today marks 200 days to go until the start of the RLWC2021 womenâ€™s tournament.

Today (Friday 15th April 2022) marks 200 days to go until the start of the RLWC2021 womenâ€™s tournament, with Leedsâ€™ Headingley Stadium hosting the opening fixtures, as England take on Brazil and Papua New Guinea play Canada in a double-header.

Local Samba Band from Leeds, Unidos do Ritmo, joined England Womenâ€™s Rugby League Internationals Caitlin Beevers and Georgia Roach at Headingley to mark the milestone and confirm their attendance at the fixture on November 1st later this year. Unidos Do Ritmo will bring a Samba atmosphere to Headingley, as the city welcomes the Brazilian Amazonas as they play their first ever World Cup fixture.

Tournament organisers also confirmed that ticket sales have already surpassed the UK record attendance for a standalone Womenâ€™s Rugby League match â€“ with the aim of selling out Headingley for that opening double-header very much on track.

The Womenâ€™s RLWC2021 will be contested by eight teams, the highest number in the tournamentâ€™s history. Following Brazilâ€™s qualification, teams from four different continents will play in the competition for the very first time.

â€œThe Brazilians coming over to England is a momentous occasion for their team, and our sport, so weâ€™re keen to celebrate their involvement and ensure they get the welcome they deserve.

â€œTicket sales have already surpassed that record from last yearâ€™s Super League Grand Final, and we hope the people of Leeds will continue to get behind what will be a brilliant opening day for our womenâ€™s tournament at Headingley.â€

â€œItâ€™s going to be a unique feeling to walk out at Headingley, the home of my own team Leeds Rhinos, wearing the England shirt side-by-side with the Brazilians.

â€œNo doubt the sound of those drums will be beating loudly, and weâ€™d absolutely love there to be a full crowd to support all four nations as the tournament kicks off right here in Leeds.â€

Welcome to: The Vault