Men's quarter final to be switched from Bolton to Warrington

RLWC2021 is disappointed to announce that the University of Bolton Stadium will no longer host the scheduled menâ€™s quarter-final fixture due to a clash of events at the venue. 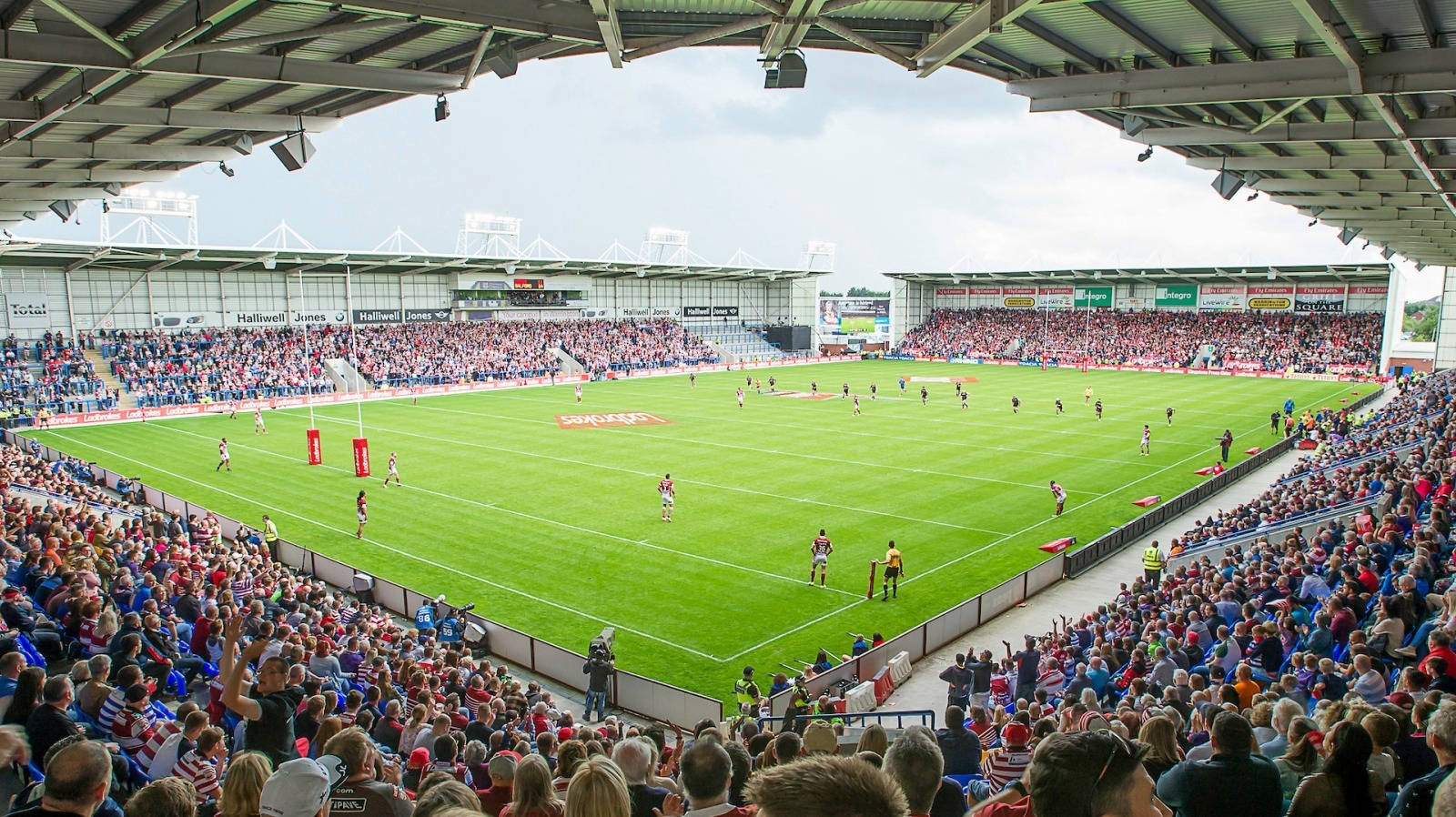 Men's quarter final to be switched from Bolton to Warrington

RLWC2021 is disappointed to announce that the University of Bolton Stadium will no longer host the scheduled menâ€™s quarter-final fixture due to a clash of events at the venue.

The Rugby League World Cup 2021 (RLWC2021) is disappointed to announce that the University of Bolton Stadium will no longer host the scheduled menâ€™s quarter-final fixture due to a clash of events at the venue.

However, RLWC2021 is pleased to confirm that a new venue has been secured and that the Halliwell Jones Stadium in Warrington will now host the final menâ€™s quarter-final on Sunday 6 November.

In recognition of any possible disruption this switch may cause, the RLWC2021 is committed to ensuring ticket holders have options in respect to refunds or transferring tickets and customers who have purchased tickets have been notified directly by email.

â€œWe are clearly disappointed to be losing the University of Bolton Stadium from the Quarter-Final line-up and I appreciate it is especially frustrating for any supporters who have already bought tickets for this fixture.

â€œFollowing the postponement of the tournament, we worked with all existing hosts to discuss the viability of restaging games in 2022, and while the venue initially committed to delivering two fixtures as originally planned, they have since made us aware of a clash for the second game.

â€œWhile every effort has been made to maintain the fixture at the original location, a solution was not able to be found.

â€œHowever, we are pleased that the match will now be staged at the Halliwell Jones Stadium and we are very excited to be taking one of the biggest matches of the competition to a first class rugby league venue. We thank everyone involved for their support in achieving this solution so quickly.

â€œWe are also very mindful of wanting to make sure that existing ticket holders are not adversely impacted by this switch and will be contacting everyone shortly to see how we can make sure that we can minimise disruption as much as possible.â€

â€œItâ€™s brilliant news that alongside our three menâ€™s group fixtures, Warrington is now also set to host a menâ€™s quarter final game as part of the Rugby League World Cup.

â€œBeing selected to host this additional game is important recognition of the significant role Warrington has to play in this yearâ€™s tournament, and we look forward to welcoming even more fans to our town later this year for a spectacular fixture that will play out in front of a packed Halliwell Jones stadium.â€

The University of Bolton Stadium remains the host venue for the menâ€™s fixture between England and France on Saturday 22 October.

â€œWe are disappointed that Bolton will no longer be hosting a quarter final of the Rugby League World Cup.

â€œBolton Council had been working with the tournament organisers to find a solution to ensure this high-profile game could still go ahead as planned.

â€œHowever, we remain focused on the England v France group-stage game on 22 October and on hosting the French national team throughout the tournament.

â€œOutside of the match itself, we will also hold a number of community and engagement events that will help build a lasting legacy for the sport of rugby league in Bolton.

â€œBolton has a track record of hosting major sporting occasions, and the tournament will allow us to showcase our town to a global audience.â€

Ticket holders will be able to transfer their ticket to the match at the new venue or receive a refund if they would prefer.

Customers who have purchased tickets have been notified directly by email this morning and will receive further details in due course.

Welcome to: The Vault